While I was mounting the G25 I also took time to revamp the paddle shifter, clean the original wheel, clean up the Traffolyte dash, fit the original G25 PCB under the FFB motors,  re-purpose the shifter buttons, install the original connector harnesses to allow the pedals and shifter to be plugged in without modifying the wiring.

I re-wired the original paddle shifter hardware, old  switches included, but quickly realised that this wasn’t going to cut it. I needed two new micro switches and some parts to mount them and lock them onto the shaft .. out with the 3D printer to assist. I used  TinkerCAD to draw up the parts and printed a hollow sample to test size and functionality. Some minor adjustments and I had the final parts designed within an hour. And the printed white / blue labels, yeah they had to go. 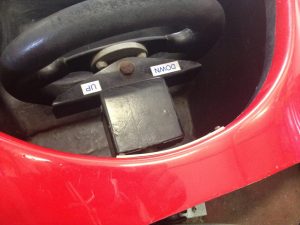 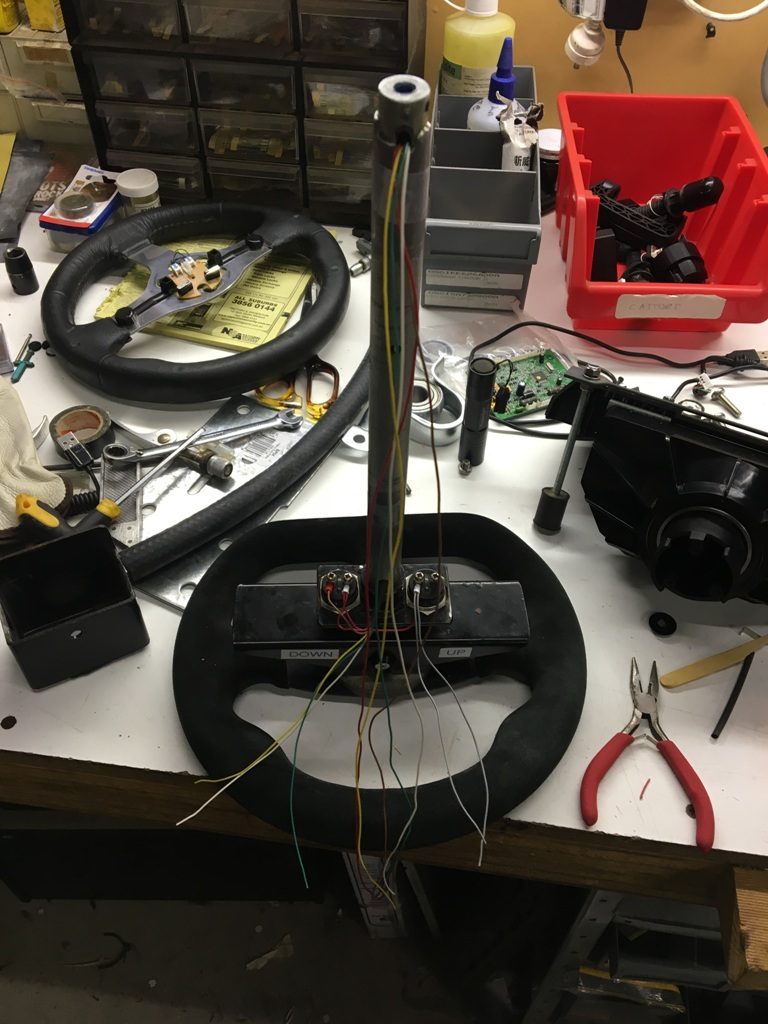 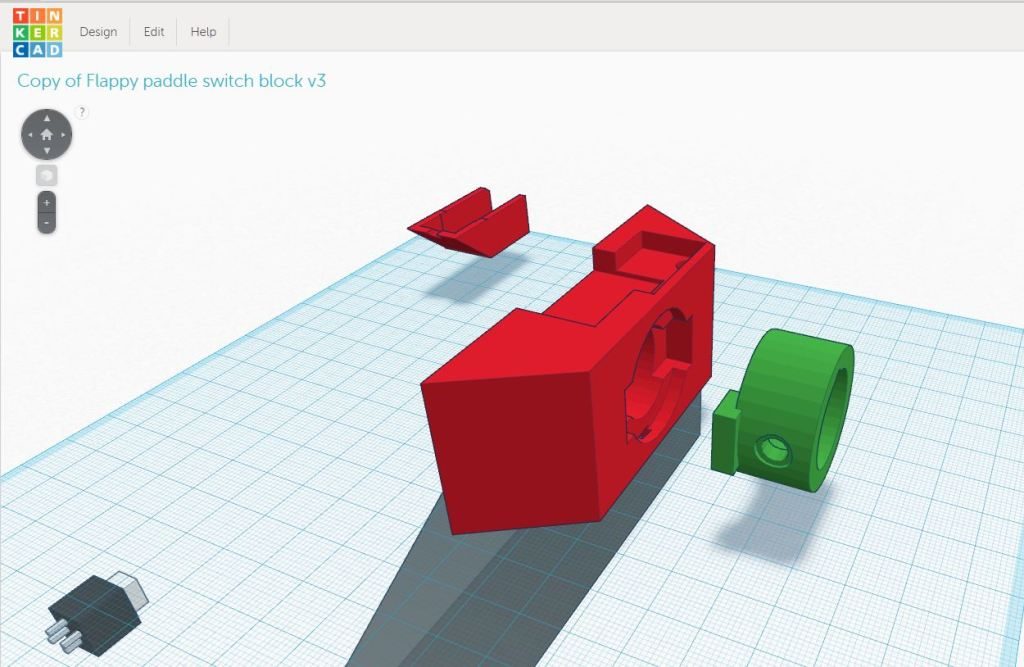 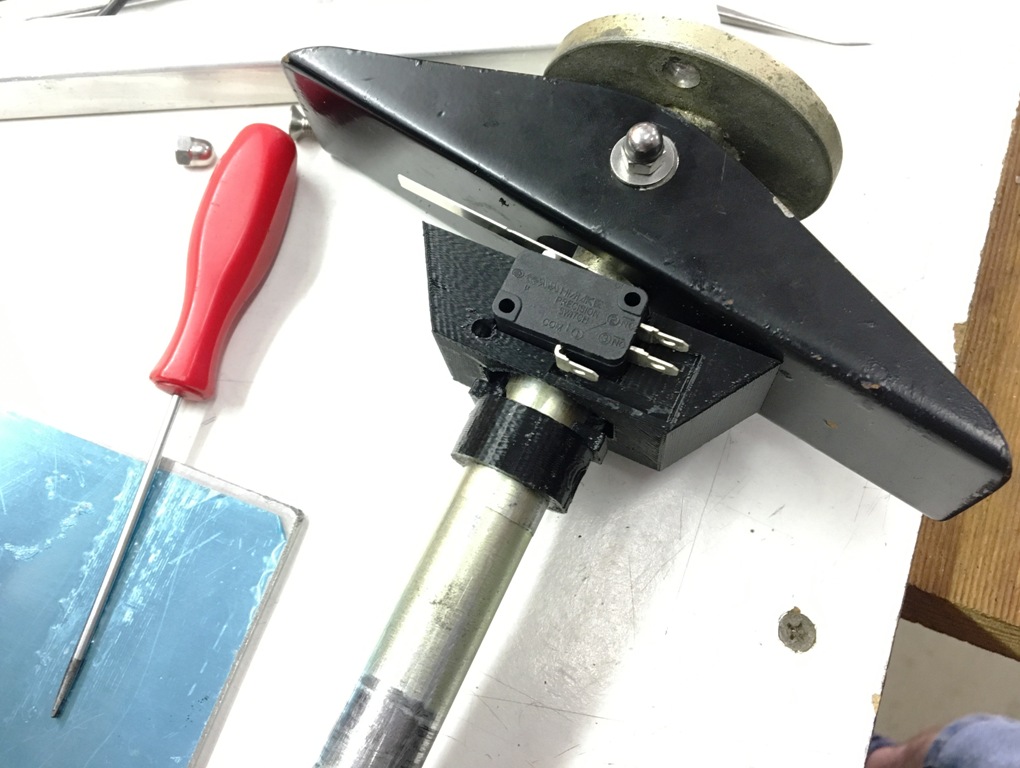 The original wheel was a proper 265mm suede leather Alpha racing wheel, but it was all hard and crusty and it needed replacing. Still, I Googled how I might be able to restore or clean it and guess what!? A fellow had a similar wheel and suggested I use a wire brush and upholstery cleaner!
I wasn’t keen on the wire brush idea, but I did have some upholstery cleaner and a nylon brush which I invoked vigorously. Nah, nothing was going to bring this baby back. So with nothing to lose I grabbed my wire brush and took to the fragile nap. After just a few scrubs the first section was relieved of its shine and started to become soft and pliable. I added some more cleaner and worked my way around the wheel rim rejuvenating and breathing life into the old grip as I moved. It was working brilliantly. A quick swish in the sink with some warm water and the wheel was as good as new! Well, almost. Some of the dye came out of the suede and the top of the wheel went more of a dark grey than black, but I was happy with the result. 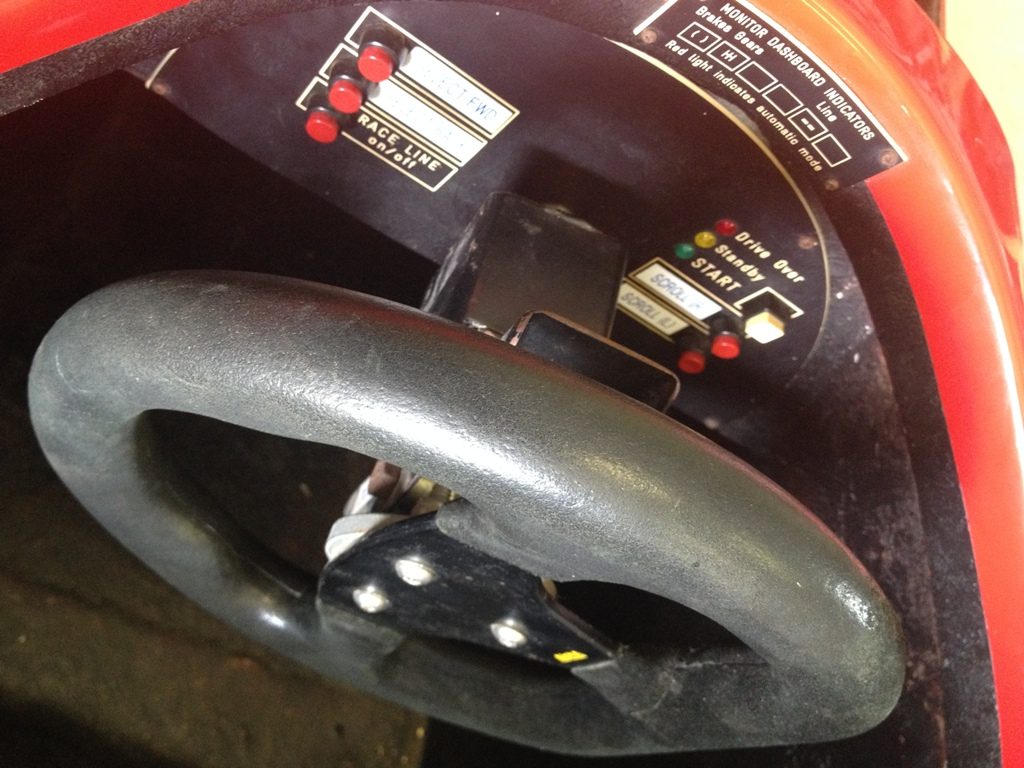 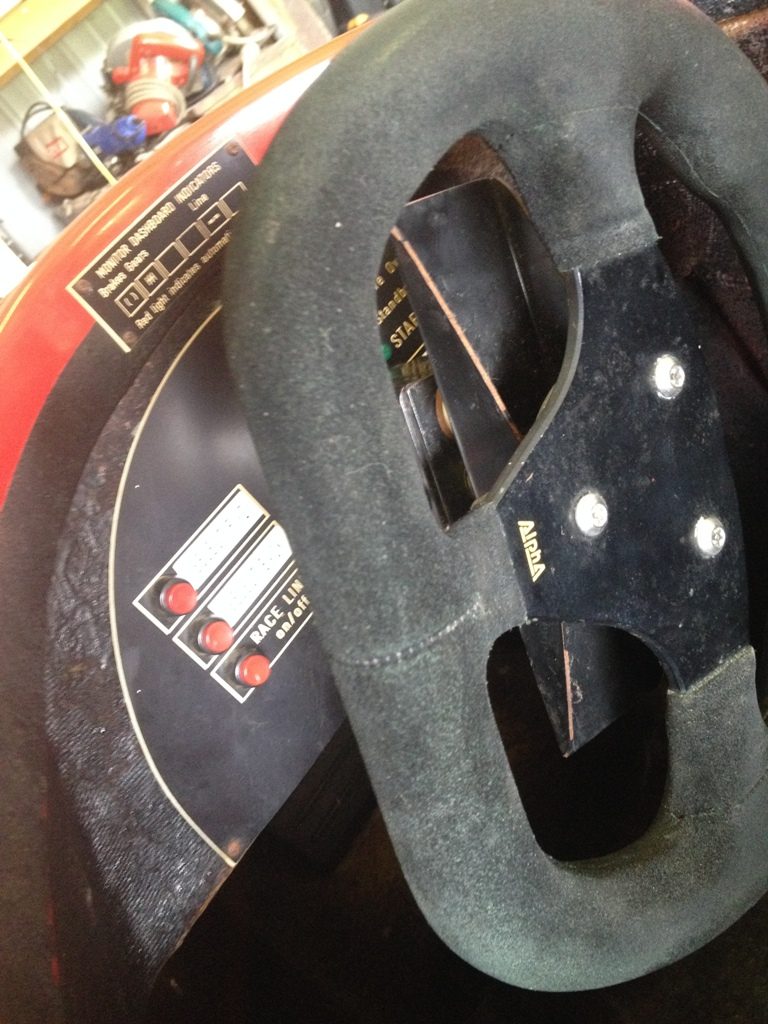 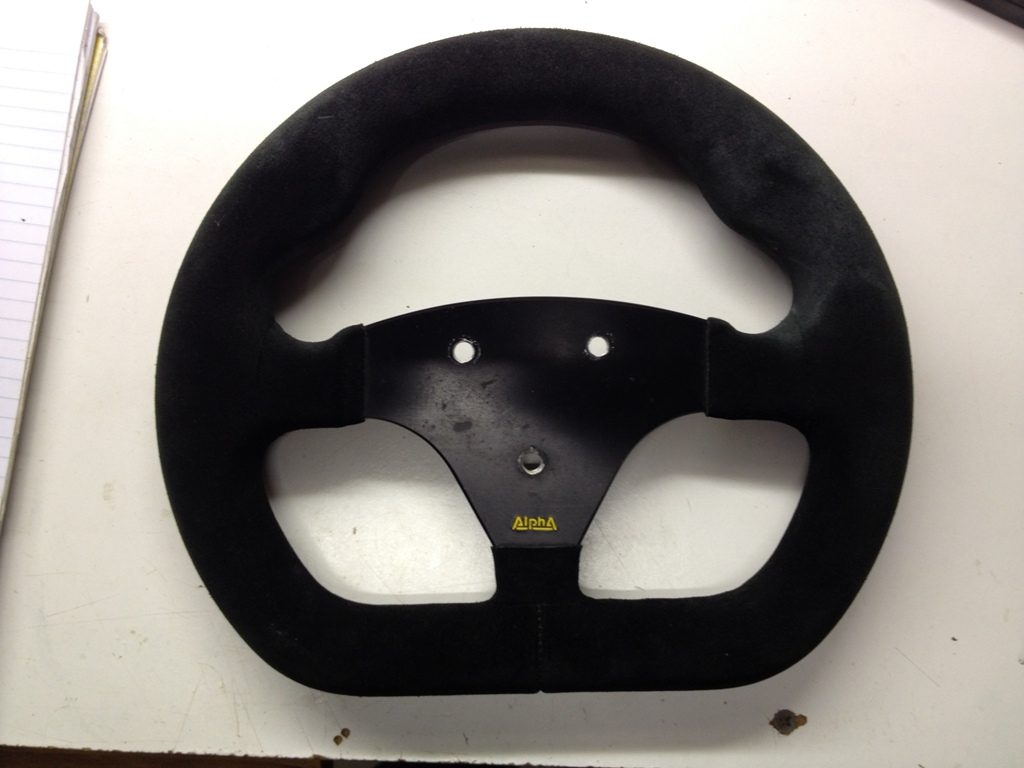 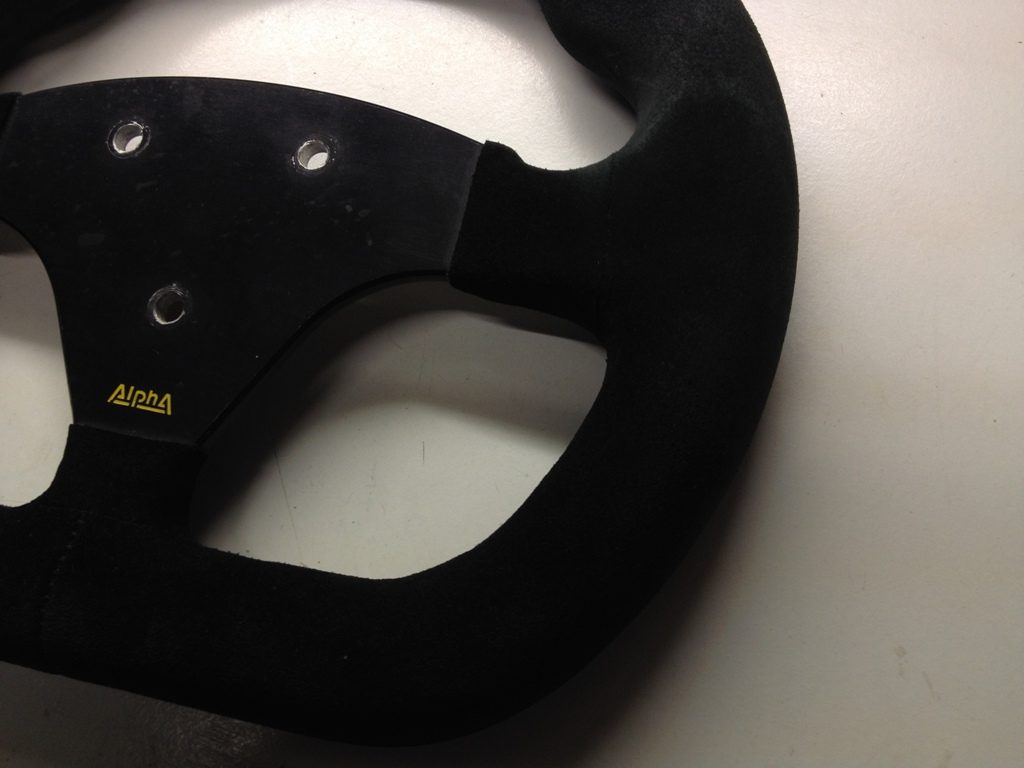 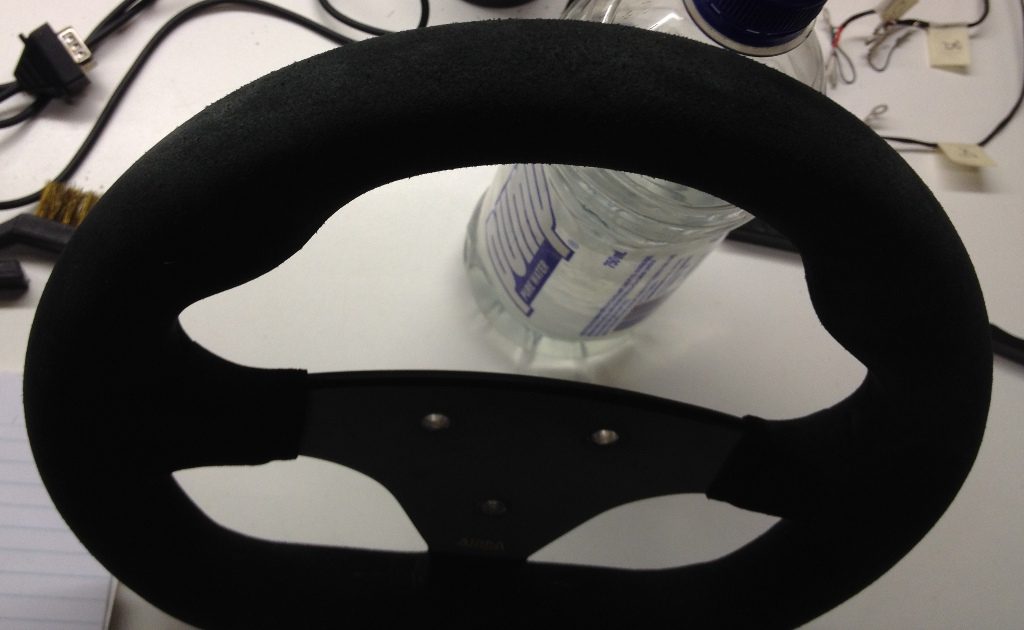 The original Dash was absolutely early late 80’s arcadia. It had some nice routed Traffolyte, some decent switches so that was staying too. It had more of the hideous white and blue printed labels but they were not staying!
Stripped cleaned and rewired as required. 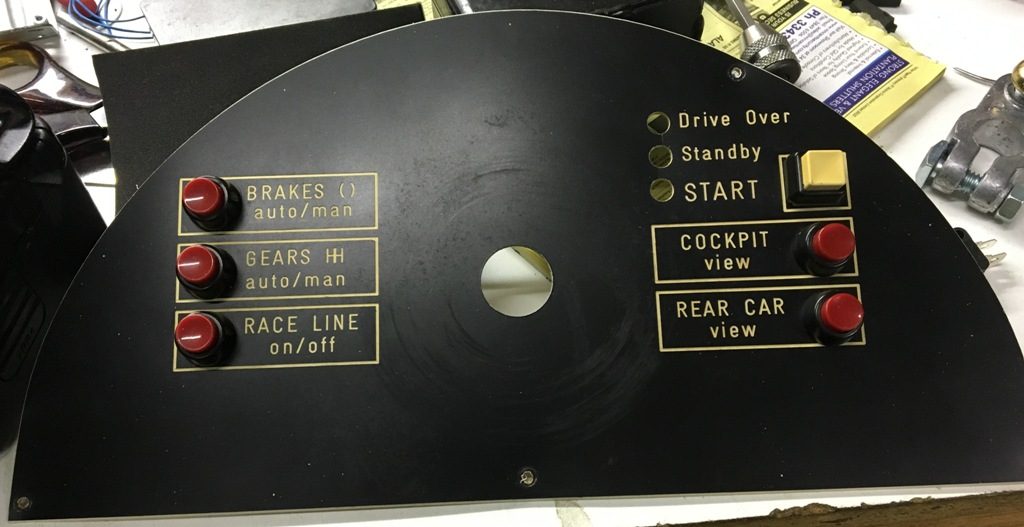 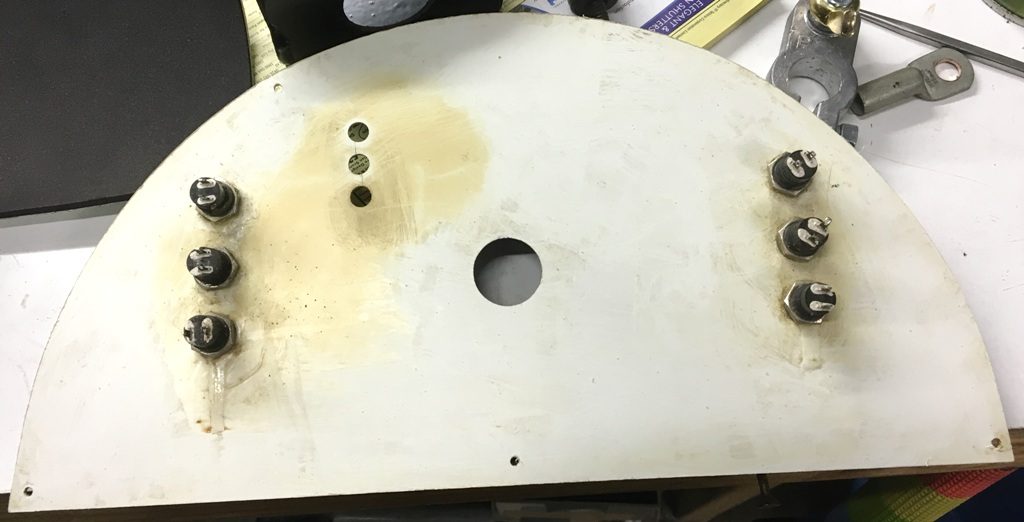 The shifter board was removed from the shifter ass’y and I found a plastic box to suit.
Again TinkerCAD and the 3D printer were employed to hold the board in the box and I made a suitable method of connecting the dash to it so it could sit in beside the ’25. 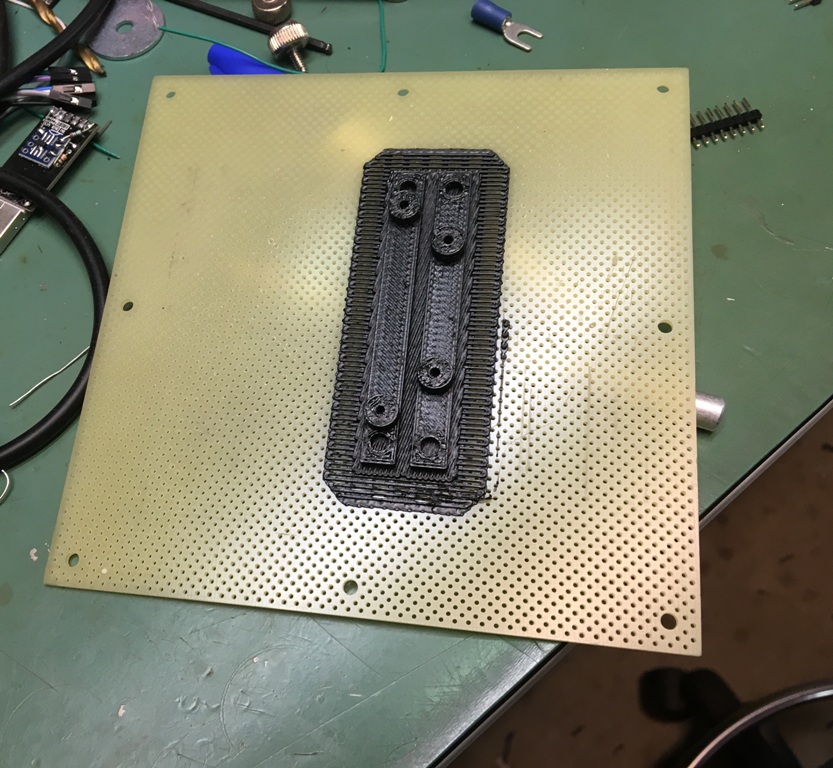 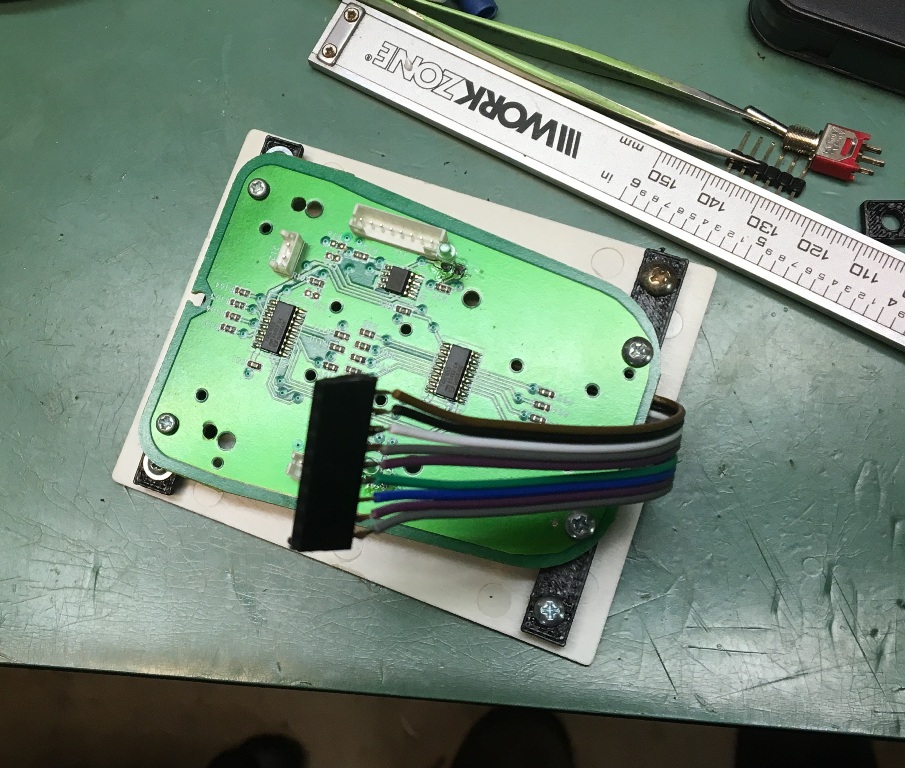 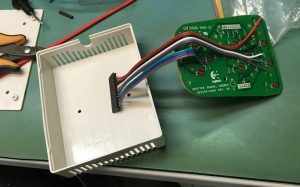 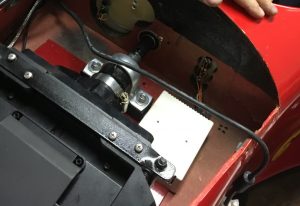